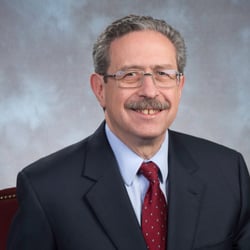 Have you ever heard of state “filial responsibility” laws?  Although rarely enforced, 29 different states have laws that require children to provide financial support to their indigent parents under certain circumstances.  In the context of long term care, those statutes could potentially result in adult children being liable for their parents’ sizable nursing home and other care-related costs.

Filial support laws originated all the way back from England’s 16th century poor laws.  At one time in the US, as many as 45 states made children legally responsible to support their parents if their parents lacked the financial means to support themselves.  With the growth of state-administered Medicaid programs to pay for nursing home costs, some states repealed their filial support laws.  However, many have NOT repealed those laws and therefore those laws remain on the books.  Those laws then are a potential tool nursing homes could use to try to recoup costs that cannot be privately paid by their residents’ insufficient assets.

One case where a state filial responsibility law was used to successfully reach a child’s assets to defray the cost of a parent’s nursing home costs was the 2012 Pennsylvania case of Health Care & Retirement Corporation of America v. Pittas (Pa. Super. Ct., No. 536 EDA 2011, May 7, 2012).  After John Pittas’ mother suffered an automobile accident, she spent some time rehabilitating in a nursing home.  After her recovery, she moved back to Greece, leaving $93,000 in unpaid nursing home bills.  Using the state’s filial responsibility law, the nursing home successfully sued Mr. Pittas and he was held liable for the entire debt.  Apparently his mother had initiated a claim for Medicaid but that claim was not yet decided at the time the nursing home brought its suit against Mr. Pittas.  The Court clarified that under the law, the nursing home need not consider other sources of income, nor was it obligated to wait until a Medicaid decision was reached on his mother’s pending Medicaid claim.  Also unsettling was the fact that the Court made no finding that there were any fraudulent transfers or other attempts by Mr. Pittas to divert or hide his mother’s assets.

Connecticut happens to be one of those 29 states that have a filial responsibility statute.  However, its law only applies to parents under the age of 65.  That makes it mostly inapplicable to long-term care situations.  But of course there is nothing stopping the state legislature from changing that statute to make it more broadly applicable.  And in some states, if filial responsibility statutes are ever enforced, the additional penalties associated with financial liability could be incurred.  For example, Massachusetts Laws Chapter 273, Section 20, entitled “Neglect or refusal to support parent,” provides a punishment of a $200 fine or up to a year in prison, or both.  Similarly, in North Carolina a child can be guilty of a Class 2 misdemeanor on a first offense.

Connecticut also has another statutory mechanism that could be used against the families of Medicaid applicants.  See C.G.S. Sec. 17b-261q.  That statute gives nursing homes the ability to sue when a penalty period is applied due to a transfer occurring within two years of filing for benefits.  What is particularly unsettling about that law is that nursing homes are not limited to pursuing a claim against the person who made a gift.  Rather, they can also seek to recover the debt against those who receive such gifts.

Written by Henry (Hank) C. Weatherby, Attorney at Law, Founding Principal of the Law Firm of Weatherby & Associates, PC, one of Connecticut’s TOP Elder Law Firms.  Attorney Weatherby and his firm are Featured on ElderCareMatters.com – America’s National Directory of Elder Care / Senior Care Resources to help families plan for and deal with the issues of Aging.